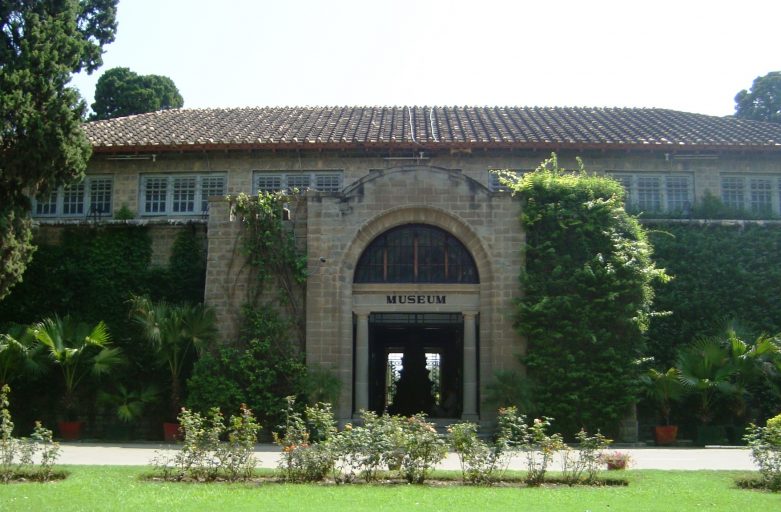 When it comes to ancient history, Pakistan contains its fair share of treasures, one of the these is the ancient metropolis of Taxila. It is a city of the Gandharan civilization, sometimes known as one of its capitals, whose history can be traced from early microlithic communities at the Khanpur caves. Taxila was a hub of Buddhism, a centre of learning, an urban metropolis and a meeting point of various cultures.

Taxila, located in the Rawalpindi district of Pakistan’s Punjab province, is a vast serial site that includes a Mesolithic cave and the archaeological remains of four early sites, Buddhist monasteries, and a Muslim mosque and madrassa. Situated strategically on a branch of the Silk Road that linked China to the West. Taxila is famous for its handicrafts which not only reflect the city’s culture but the history of the place as well. Apart from the handicrafts the city’s stone work is also very famous and a small cottage industry for stone works has emerged in the city. The ruins of the four settlement sites at Taxila reveal the pattern of urban evolution on the Indian subcontinent through more than five centuries. One of these sites, the Bihr mound, is associated with the historic event of the triumphant entry of Alexander the Great into Taxila.The archaeological sites of Saraikala, Bhir, Sirkap, and Sirsukh are collectively of unique importance in illustrating the evolution of urban settlement on the Indian subcontinent. Taxila museum is one of the most famous museums in Pakistan. The artifacts displayed at the museum depict the ancient cultural as well as the history of the area and displays countless artifacts from the Gandhara civilization. The city has its own railway station but no airport and the nearest airport lies in Islamabad. The historical significance of the city overall has no impact on the lives of the people of the area, there are no ruminants of the Buddhist culture in the lives of the natives of Taxila and they lives are dictated primarily by the Punjabi culture, whether these are their own personal individual lives or their lives in a social capacity.

There are many large and small sites which include stupas, monasteries, and other ancient buildings spread out over a wide area.

Khanpur Cave is a site which reveals that Taxila was inhabited in prehistoric times. The 10ft deep and 25ft wide Mesolithic period cave high up on the hill and has produced microlithic made tools as well Buddhist stupas and monastries.

Sarai Kala The mound of Sarai Kala has evidence of the earliest prehistoric settlement, in the Mesolithic period, and also later Bronze age and Iron age settlements. It preserves Neolithic remains going back to 3360 BC and Early Harappan remains of 2900-2600 BC.

Bhir Mound is an archaeological site which was once a major city founded around the 6th century BC, the oldest ruins of a city at Taxila. The oldest part of ruins, from the 5th and 6th centuries BCE, are believed to be the remains of Persian/Achaemenid Taxila. Later ruins are from the 4th century BCE, after the invasion of Alexander the Great, and the 3rd, during the time of the Maurya kings of India. There are also some ruins from after the Mauryan period.

Sirkap was once a major thriving walled city. It was founded by the Greek king Demetrius I in the 2nd century BCE and was later rebuilt by king Menander I of the Indo-Greek kingdom. Sirkap houses a round stupa which is one of the oldest stupas in the Indian subcontinent, a large sanctuary building known as Apsidal Temple, a magnificent Double-Headed Eagle Stupa as well many houses.

Sirsukh The fortified ruined city of Sirsukh was once a major city, and was among the last ancient cities of Taxila. The city was founded by the Kushan king Kanishka the Great after 80 CE.

Food City Taxila, HMC Rd, Near Overhead Bridge. Serve delicious Pakistani dishes, Bar BQ as well as seafood. Royalson, Grand Trunk Road. Restaurant with pleasant ambience inside the Hotel Royalson, has some mouthwatering Pakistani and Chinese dishes on the menu. Fast Food Inn, Near UET. A fast food restaurant popular among foreign tourists to Taxila. Gandhara hotel and restaurant, Khanpur Rd. Serves some of the most delicious Pakistani food and fried fish in town. A few other establishments that serve basic but hygienic Pakistani food are Sherazi Restaurant, Dream Land, Krispo fast food, all on Khanpur Rd, or Hang In, Kabli Hotel and Valley Food scattered along the National Highway within the town limits. As in other Pakistani cities, any decent restaurant will be happy to serve you good chai, juice or coffee.

If you’re looking to discover somewhere new, look no further than Taxila. Whether you’re planning to stay for a night or for the week, the area around Taxila has accommodations to fit every need. Search for hotels in Taxila with vacationsetup.pk we have best hotels so you can see how close you are from landmarks and attractions, and then refine your search within the larger area. Vacation Setup gives best Taxila hotel deals with our lowest price guarantee.